In manufacturing, kitting and assembly can be overwhelming, requiring a significant amount of time and effort in both operation and management. Thus, outsourcing assembly and kitting utility to a third-party supplier such as a 3PL frees up time for companies and employees to focus on their main business operations.

To find the best fulfillment solution for your growing business, you will need to figure out if your products require kitting and/or assembly services. Let's look through the differences and similarities in kitting and assembly in greater depth. 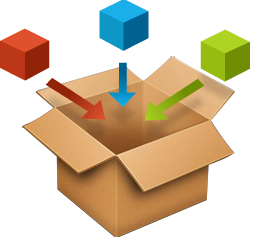 During the production process, kitting and assembly combine many SKUs to create a new single SKU. Outsourced assembly and kitting solutions also provide organizations with advantages such as shorter lead times, cheaper overhead costs, and fewer shipping errors. Storage, delivery, production, packaging, and distribution are all procedures that are similar in kitting and assembly.

Unlike pre-assembled products, the parts and pieces found in a kit are often assembled by the end consumer. A kit is simply a collection of parts, whereas assembly is a production process.

An assembly line also necessitates the use of manufacturing resources such as labor, equipment, and time. Because the parts have already been through the production process, kitting does not involve any manufacturing.